“Huge honour” say fire officers who were given a chance to be with the new King at the Cenotaph as they led civilian staff in honouring the servicemen and women who died in past conflicts. 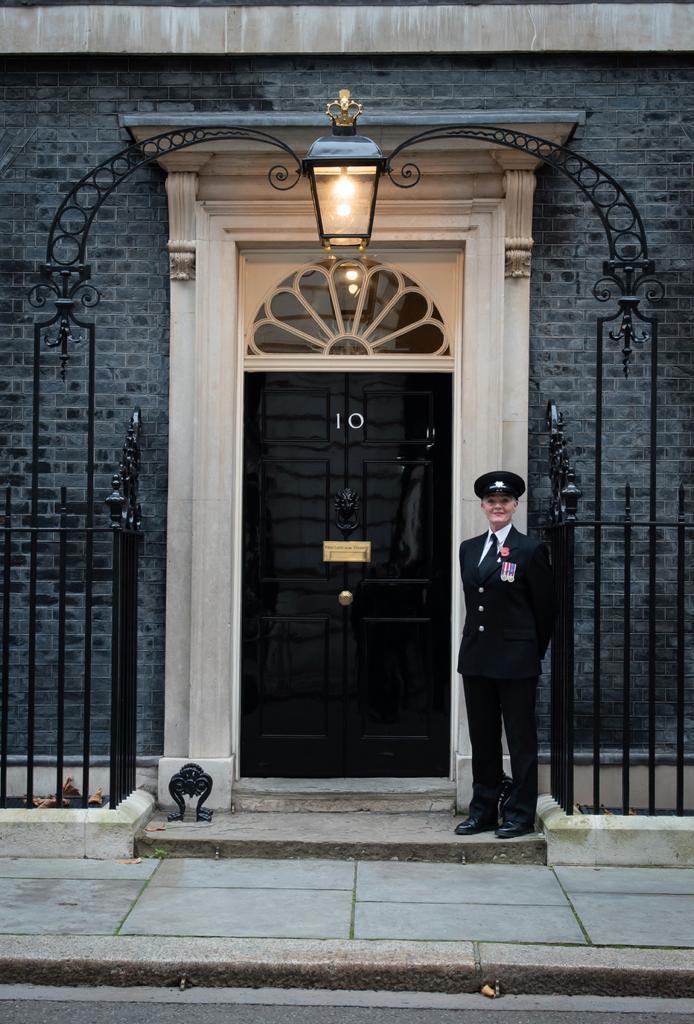 Firefighter Christina Nugent and Dave Walton, deputy chief fire officer at West Yorkshire Fire and Rescue Service (WYFRS), took part in the parade which was attended by thousands of people including members of the royal family, veterans, MPs and the prime minister.

“I’ve been a firefighter with WYFRS for 15 years and I’m retiring next month so it was a huge honour to go down to London and take part in the parade,” she said. “When Dave brought the home secretary over to me, she asked what I plan to do when I retire and I told her I’m going to travel around the world, which is true as I set off for Thailand in January. She said it was good to plan for retirement and then thanked me for my service.

“We managed to catch glimpses of the royal family. When you are parading you must keep looking straight forward, but you can move your eyes and I saw Kate and Camilla on the balcony of the Foreign Office overlooking the Cenotaph. Also, the King drove through the courtyard at Westminster while we were parading. The atmosphere on the day was amazing – everyone was so proud and honoured to be there. It’s something I’ll never forget and I don’t think anyone else will either.”

Dave and Christina arrived in London on Saturday and took part in the practice of the parade that afternoon before having a briefing. On Remembrance Sunday the day started early at 5am and included another practice from 7am to 9am before the real parade, which was watched by millions across the world.

DCFO Walton said: “The day went like clockwork as it was a military style operation and everything had been well planned out. We had a prime position, by the band next to the cenotaph, and were aware of the king and the prime minister placing their wreaths, even though it wasn’t easy to see them.

“Everyone put a lot of hard work into the day, but there was time for us to break off from the parade and that included when we were taken to 10 Downing Street to have our pictures taken. It was an honour to escort the home secretary and introduce her to the incredible firefighters and fire officers that have attended from across the country.”

A horrific fire which involved the death of two young children left Tony Firth determined that he was going to do everything possible to ensure it didn’t happen again.

Quieter Bonfire Night this year but more still to be done

Fire crews were called to fewer incidents over the Bonfire weekend than in previous years, despite videos of attacks on emergency service workers circulating.

Consequence cards will be handed out to youths in areas where there are high levels of attacks on emergency workers.

An Asda security guard who jumped into action when a man got out of his depth after falling into freezing water late at night, has been praised by local fire crews who say his quick actions saved his life.