Consequence cards will be handed out to youths in areas where there are high levels of attacks on emergency workers. 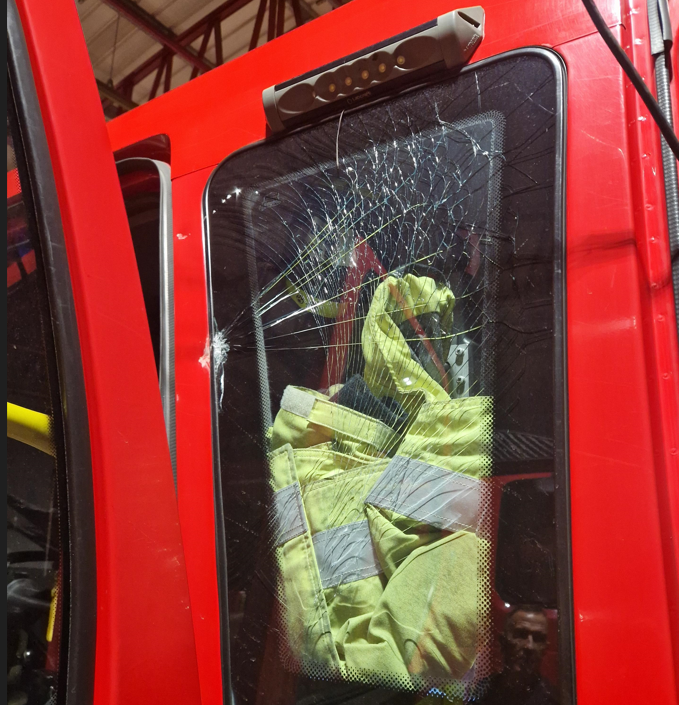 The cards have been welcomed by fire chiefs at West Yorkshire Fire and Rescue Service (WYFRS), who have seen a high level of attacks on crews in recent weeks.

Youth workers will be handing out the cards, which remind young people of the consequences they face from attacks on emergency service workers. Not only will they be arrested and charged with an offence, but the record stays with them for life and can influence the jobs they get.

Recent figures show that firefighters in West Yorkshire have suffered 127 attacks since April 2021 where they were assaulted, stoned, had fireworks thrown at them or were threatened with weapons. Bradford and Leeds have the highest figures. To date from April 2021 there have been 50 attacks in Bradford and 32 in Leeds.

Scott Donegan, area manager with responsibility for operations & risk reduction, said the cards could be the wake-up call the youngsters need. “We need to get through to young people that what may seem harmless now, could have consequences for the rest of their lives,” he said. “When their friends are getting jobs, houses and cars they will be struggling because they will have these attacks on their record. Attacking emergency service workers is a serious offence and could see young people spend up to a year in custody.”

Recently emergency service workers joined forces for the launch of the Public Services Pathfinders Programme at CATCH in Leeds. The event saw 76 young people from a range of backgrounds find out more about jobs ranging from a firefighter to a paramedic. WYFRS also has a schedule of school visits to help educate youngsters on the important work the fire service does.

AM Donegan said: “We have a programme of activities which involves talking to young people about the work we do, and it’s fantastic when so many of them show an interest in becoming a firefighter. We know that it is the minority of youths that are carrying out these mindless attacks and hope that these consequence cards remind them of the long-term damage they are doing to themselves and their families.”

The latest attack took place in Leeds at Halloween when 20 youths threw fireworks at crews who were tackling a blaze. At 9.15pm on Monday firefighters were called to a fire in the open at Alexandra Road, Hyde Park when fireworks were thrown directly at the fire engine that was in attendance.

Assistant Chief Constable Scott Bisset of West Yorkshire Police said: “Emergency services workers are faced with danger or the potential for danger every day of the week, so we very much hope that this initiative clearly spells out the consequences people face if they attack a firefighter, paramedic or police officer who are simply doing their job.

“Making a bad choice now could have consequences that impact the rest of their lives. Emergency services personnel work hard in the community to keep people safe, there is no excuse for violence against them.”

In April 2017 the specific offence of assaulting an emergency worker was brought into force - with those guilty facing up to two years behind bars. Last year ministers also brought in 'Harper's Law' giving mandatory life sentences to the killers of emergency workers.

Cllr Abdul Jabar, Bradford Council’s portfolio holder for neighbourhoods and community safety, said: “Our emergency services play a vital role for our community so an attack on them is an attack on us all. It’s important that we get the message out to everyone to respect the role they play in protecting and helping us when we need it. We want young people to understand that any attack on emergency services can have serious consequences.”