Attacks on firefighters increase to highest in more than ten years

Attacks on firefighters are on the rise, say government figures as crews across West Yorkshire work to understand the impact from a recent spate of incidents. 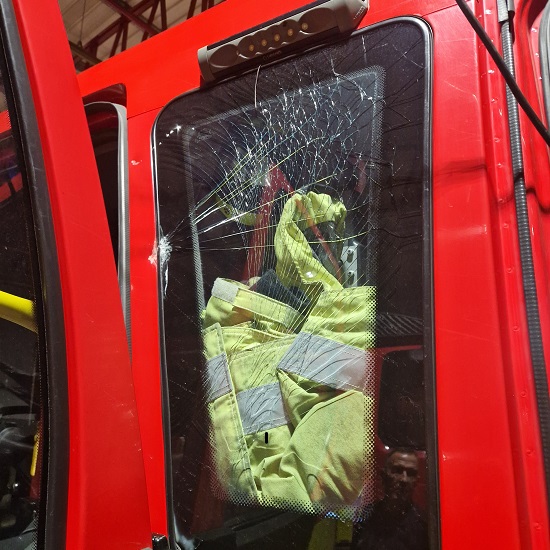 Each year the government is seeing an increase in the number of attacks on fire service crews – with figures the highest they have been in over ten years. This year there were 983 attacks - an increase of 5% from the previous year when there were 934 incidents, and a big jump from two years ago when there were 899 attacks.

The figures from the Fire and Rescue Workforce and Pensions Statistics are gathered from the Home Office’s Incident Recording System and cover the financial year running from April 2021 to March 2022. During that time, nationally there were 60 injuries to firefighters and the majority of incidents involved verbal abuse – 590 (60%).

Recently West Yorkshire Fire and Rescue Service (WYFRS) revealed figures showing that nine out of the 15 attacks on firefighters since April have happened in Bradford. These attacks saw fire crews physically assaulted, stoned and threatened with weapons.

Earlier this year a 13-year-old Bradford boy was convicted of attacking a firefighter in Bradford and ordered to pay £50 compensation. At the time of the attack, crews had been called to a kitchen fire but then a group of youths approached and punched a firefighter.

WYFRS Area Manager Benjy Bush said the figures give everyone a picture of the senseless and shameful attacks that firefighters are subjected to. “Communities need to realise that while our firefighters are being attacked, they are not able to fully focus on the job in hand – keeping everyone safe,” he said. “Such mindless actions not only impact our crews but they also drain public resources as call-outs can require a police presence and additional fire crews.

“These new Home Office figures may be shocking, but they still don’t give a true picture as they only cover incidents attended by firefighters through an emergency call. We have had firefighters attacked while out on fire safety visits, and while training – which would not have been recorded in the figures. Also, even if several firefighters are injured in an attack, it is only recorded as one incident by the Home Office. These attacks are more frequent and more serious than even these figures are able to convey.”

According to the Home Office statistics, as well as the high number of attacks involving verbal abuse, there were 246 (25%) which involved objects being thrown at firefighters and/or appliances. The remaining involved physical abuse, harassment and other acts of aggression.

During the year there were 60 injuries to crews, 54 were classed as slight while the remaining six were classified as serious.

Martyn Bairstow, Brigade Secretary of the West Yorkshire Fire Brigades Union, said that it is "despicable and inexplicable" that anyone would attack firefighters.

"Sadly, we see the harm these attacks have on our members, both physically and mentally. To hear that they are at a ten-year high is appalling when firefighters are already having to deal with many other pressures such as the cost-of-living crisis."

“Firefighters are there to help communities, and can be relied on 24 hours a day, 365 days of the year. They should not have to face verbal and physical abuse for simply doing their job.”

Female firefighters turn up the heat at national football competition

Female firefighters from West Yorkshire competed against teams from across the UK to reach the finals of an inaugural five-a-side football match.

Fire chiefs have backed a city led pledge to show commitment to a zero-tolerance approach to all forms of modern slavery.

Glimpse inside the control room for 999 Day

Today the UK is celebrating Emergency Services Day and the almost two million people who serve in the NHS and emergency services. As West Yorkshire Fire and Rescue Service (WYFRS) continue their search for new control room staff we get a glimpse into what happens when someone dials 999. Control training manager Jo Goode answers our questions.

Firefighter lights up the rugby pitch for World Cup

Firefighter Elliot Kear will be swapping his uniform for a rugby kit this week when he leads Wales for the Rugby League World Cup.

The Welsh captain is taking a break from firefighting on Wednesday as his team prepare to battle against the Cook Islands at Leigh Sports Village, near Wigan.