Firefighter lights up the rugby pitch for World Cup

Firefighter Elliot Kear will be swapping his uniform for a rugby kit this week when he leads Wales for the Rugby League World Cup.

The Welsh captain is taking a break from firefighting on Wednesday as his team prepare to battle against the Cook Islands at Leigh Sports Village, near Wigan. 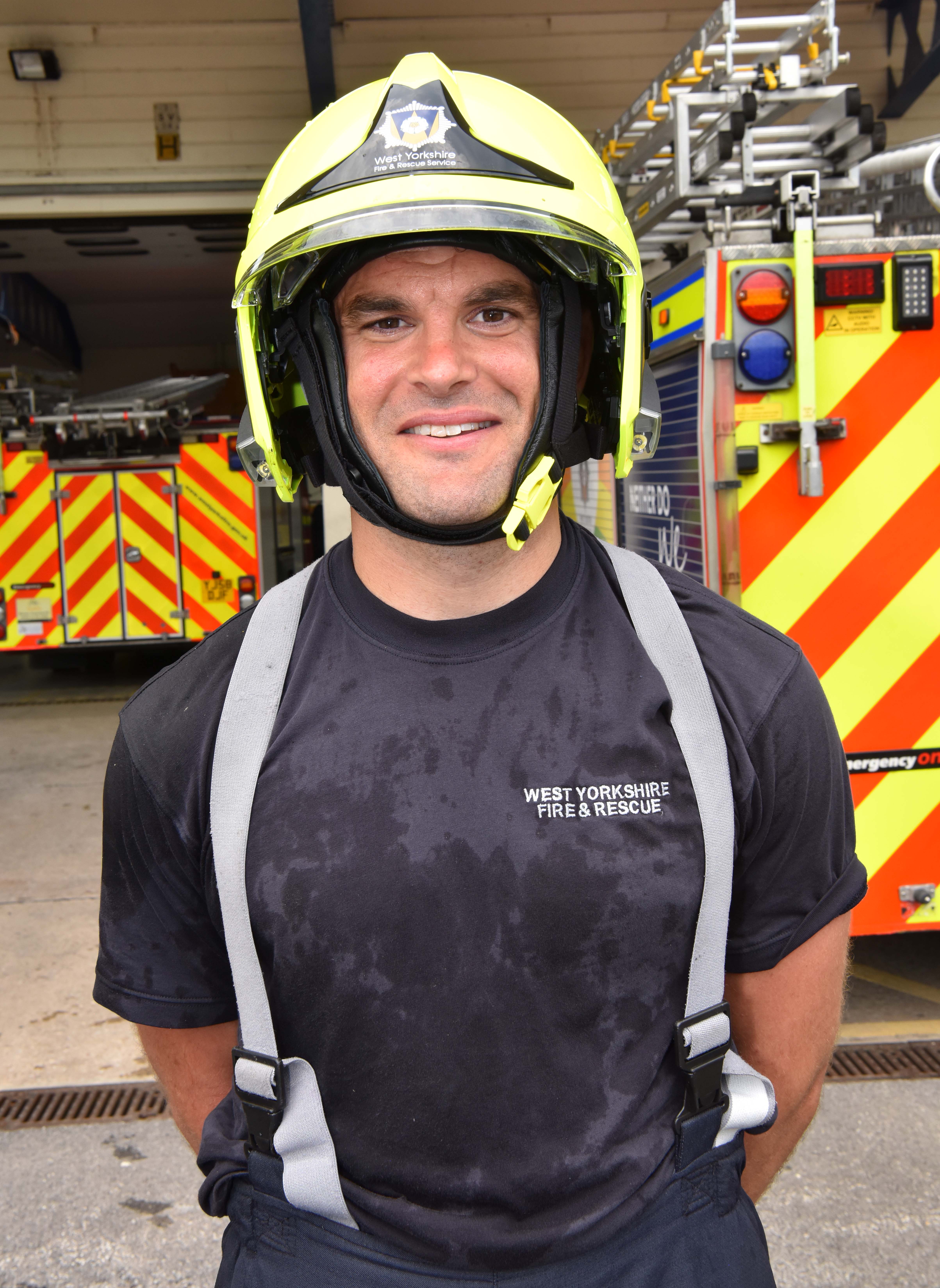 Elliot now plays for Championship side Bradford Bulls, and it was 13 years ago he made his international and Super League debut. He joined West Yorkshire Fire and Rescue Service (WYFRS) in June last year and said it was the best career move he ever made.

“I’d always wanted to be a firefighter and if I hadn’t started playing rugby it would have been my chosen career,” said Elliot who is based at Fairweather Green Fire Station in Bradford. “I was still a professional rugby league player when I put my application into the service. At the time I was 32 and knew that a rugby career can be a short one, so I saw the opportunity and went for it. It meant leaving my professional contract behind, but it was worth it and has been the best career decision I’ve made.”

Elliot went through a three-month training programme and said there are a lot of similarities between rugby and being a firefighter. “The fire service has the same team ethics and camaraderie,” he said. “As a rugby player I’ve experienced some amazing things – two world cups, one of them being in Australia, and playing against Italy in the Millennium Stadium. People tell me I’m so lucky to have had such a long career in rugby league, but it has also come with its sacrifices.”

Elliot grew up in Cardiff and went to school with Sam Warburton, who skippered Wales at the 2011 and 2015 Rugby Union World Cups and Gareth Bale, who will be leading his team in November’s FIFA World Cup.  “I started playing rugby league when I was 17 when I joined a professional team called the Celtic Crusaders – coincidentally my debut was against the Leeds Rhinos,” he said. “I was offered a full-time contract with Bradford in 2011 and it was at that time I met my fiancé Natalie and we now have three young children.”

Elliot went on to play for teams in London and Salford before moving back to Bradford. He now trains with the Wales Men’s Rugby League team at the UCLan Sports Arena in Preston. He said that WYFRS has been flexible, allowing him to save up holiday to use towards playing the games. “The World Cup has been pushed back a year because of the pandemic, but the team is raring to go,” he said. “On Wednesday we play the Cook Islands, and our group has been called ‘The Group of Death’ because we also have Papua New Guinea and Tonga. They all have a reputation for being aggressive – it’s a tough group but we have put in a lot of hard work and we all feel positive about Wednesday’s game.”

Nick Smith, assistant chief fire officer at WYFRS said they were all rooting for Elliot, who has been a fantastic addition to the team. He said: “We are proud to have Elliot here at WYFRS - from the beginning he has shown all the skills and attributes needed to be a successful firefighter. This includes excellent team ethics, which he learned as a rugby player and are vital to every firefighter. To be successful in the fire service you work as a team – it underpins your whole career, whatever level you are working at. We all wish him the best for this week’s game and look forward to having him back in our firefighting family soon.”