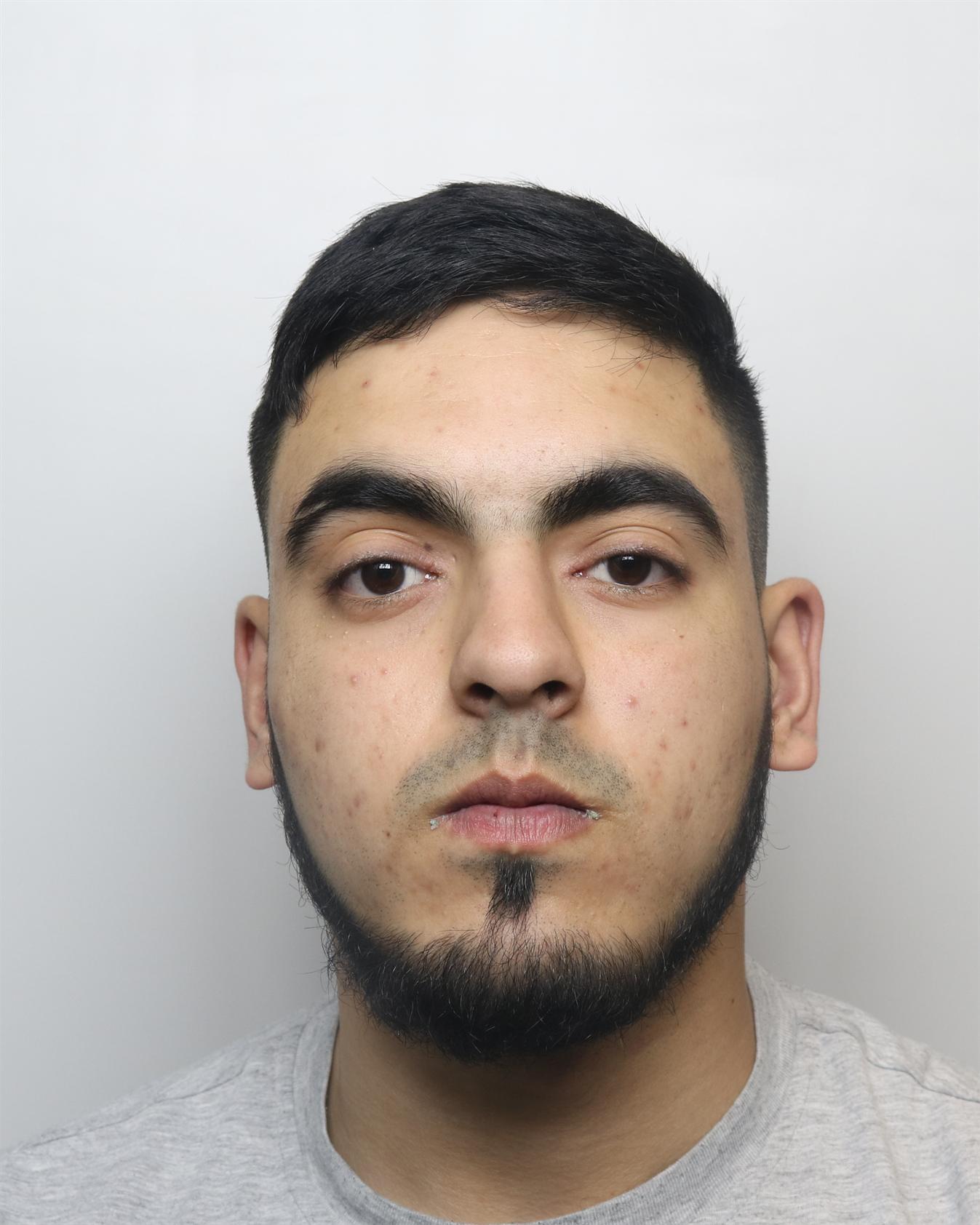 A man has today been sentenced to 27 months in a Young Offender Institute for arson, after lighting a fire on Ilkley Moor, which could have been “catastrophic”.

The court heard the 20-year-old lit a fire using a cigarette lighter whilst fire crews were already battling two separate larger fires on the moor, which had broken out earlier the same day – neither of which have been attributed to Zulkifl.

Council wardens spotted Zulkifl at about 8pm on April 20, 2019, set fire to grass, which started a fire that he stamped out. The court heard he then set a second fire and walked away as it began to take hold.

The fire set by Zulkifl, of Rufford Street, Bradford, was quickly extinguished. The wardens and members of the public gave chase to Zulkifl and two other males he was with. Zulkifl
ran into the path of Police Officers on the moor and was arrested.

The court heard in mitigation that Zulkifl had no previous convictions and shows a lack of maturity. The defence said Zulkifl did not intend the fire to spread and thought he had extinguished it. The defence added that the incident “lacked malice, was impulsive and immature.”

Sentencing Zulkifl, Judge Durham Hall said: “The damage from the fire you started was not quantified but left to its own devices this could have been catastrophic.

“Everyone will know this matter is extremely serious - some will say a tragedy for all concerned. You damaged by fire part of Ilkley Moor – this is a matter of considerable public attention. Ilkley Moor is etched in the national psyche due to its extensive and beautiful moorland. It’s an area of special importance, special conservation and is guarded and respected.

“Firefighters can die doing this work and every firefighter is aware of the risks attending jobs like this. You set fire to dry moorland for the fun of it, or a stupid reason. The fire service were under incredible pressure and then had to deal with another fire - and then following that the one caused by you.

“Anybody who sets fire to moorland will be punished. In this situation a community order would be
ludicrous and would dismay the public. I’m devastated about the impact on your family – but we cannot meet an offence like this without immediate custody.”

The fires on Ilkley Moor on April 20, 2019, required a huge Fire Service response totalling 14 fire engines. Following the hearing WYFRS Deputy Chief Fire Officer Dave Walton said: “We very much welcome the sentence given to Zulkifl - and hope it acts as a deterrent to others. Moor fires are hugely dangerous to people, animals, and property, and they require a huge resource from WYFRS to tackle.”

Chief Inspector Mark Long, of Bradford District Police, said: “Zulkifl’s actions when the fire service were already tackling a separate fire on the moorland were nothing short of reckless.

“We hope this outcome sends out a message that anyone who endangers the lives of others by starting a fire deliberately is likely to go to prison.”

Coun Alex Ross-Shaw, Bradford Council’s Executive Member for Regeneration, Planning and Transport, said: “We welcome the sentence handed out this morning. It sends a clear message that wildfire poses a serious risk to our precious countryside.

“We have seen in recent years the damage that fires on moorland can do, which is why we have a PSPO banning all barbeques and fires on moorland in the district. Wildfires are not only dangerous, but one barbeque, carelessly discarded cigarette or thoughtless campfire can have a devastating impact on both the natural environment and the local economy.”

West Yorkshire Fire and Rescue Service and partners including local councils launched a campaign called ‘Be Moor Aware’ urging the public to be vigilant to prevent the outbreak of moorland fires.

Firefighters abseiled down the ‘cow’ rock at Ilkley Moor on July 18, 2019, to unveil a huge awareness banner to kick-start the campaign. On the same weekend as the Ilkley Moor fires, firefighters tackled another huge fire on Marsden Moor which started on the Sunday evening (April 21, 2019) and is believed to have been started by a barbecue.

In an effort to reduce the risk of wildfire outbreaks, Bradford Council, Kirklees Council and Calderdale Council have introduced a Public Space Protection Order (PSPO) which prohibits the use of barbecues, fires, Chinese lanterns, fireworks on areas of publically accessible land. Anyone found flouting the rules will be served a fixed penalty notice fine.

The Fire Service’s ‘Be Moor Aware’ campaign asks people to:

For more on the campaign visit @WYFRS #BeMoorAware and look out for the campaign on our
Facebook site and website www.westyorksfire.gov.uk