Fire crews have a hoot in Menston! 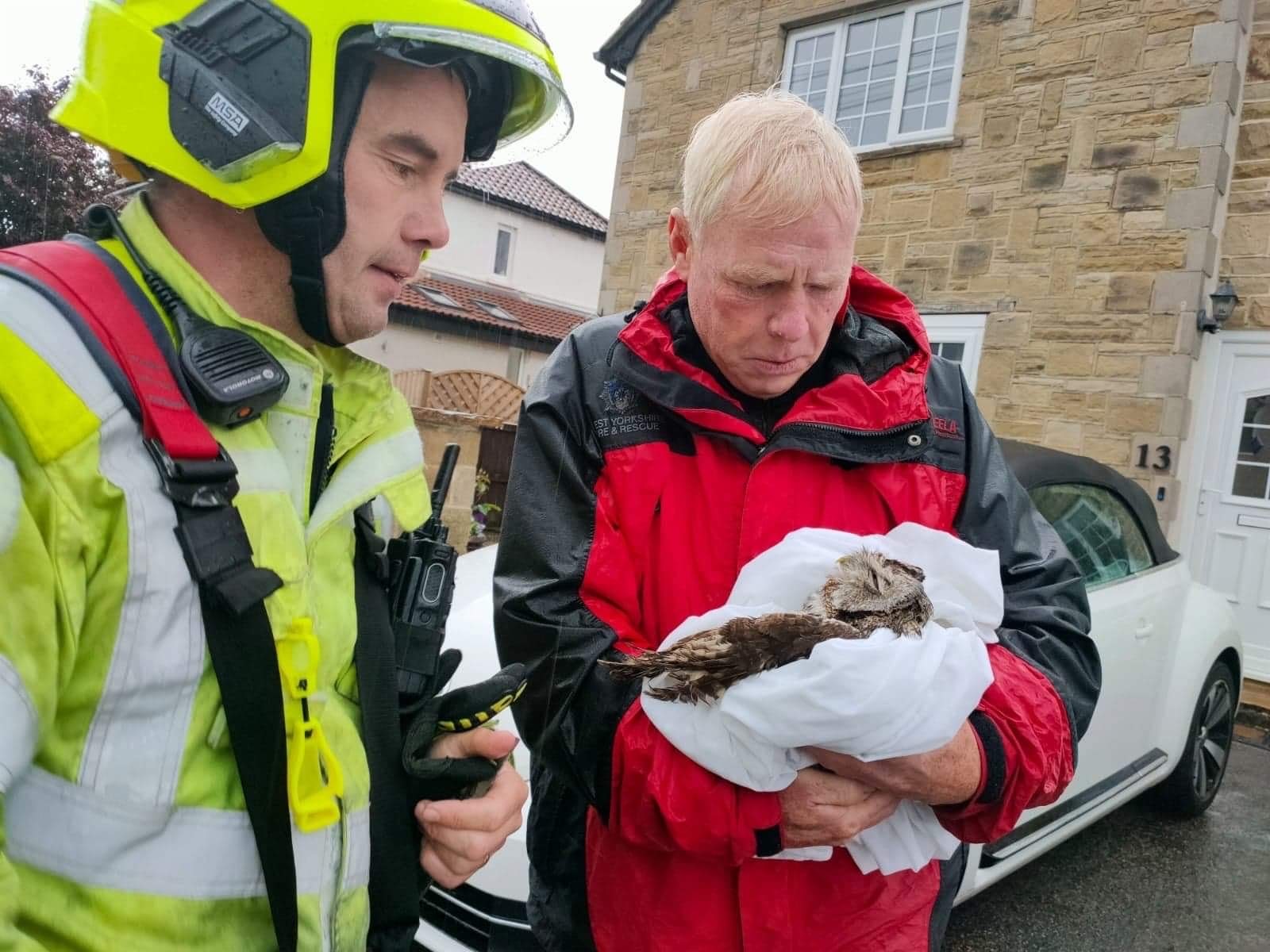 Fire crews used an aerial platform to bring a distressed tawny owl to safety after it had become stuck in overhead phonelines today.

West Yorkshire Fire Service control centre received a call at 06:15 after noisy crows had raised the alarm to local residents.

Station manager Ronnie Goldwater attended the scene followed by animal rehabilitation volunteer Vikki Clarke, who took the bird to a specialist vet and left it in rehab.

Mr Goldwater said: "It was so distressed and flapping about and had been like that for some time, but we wrapped a blanket around it and it went into a kind of torpor.

"It didn't damage its wing, goodness knows how."

"We were so lucky to have Vikki with us and then the vet she took the bird to was also a falconer, how about that for luck?”

It is hoped the owl will make a full recovery and be returned to its natural habitat.