Firefighters in marathon effort to raise money for charity 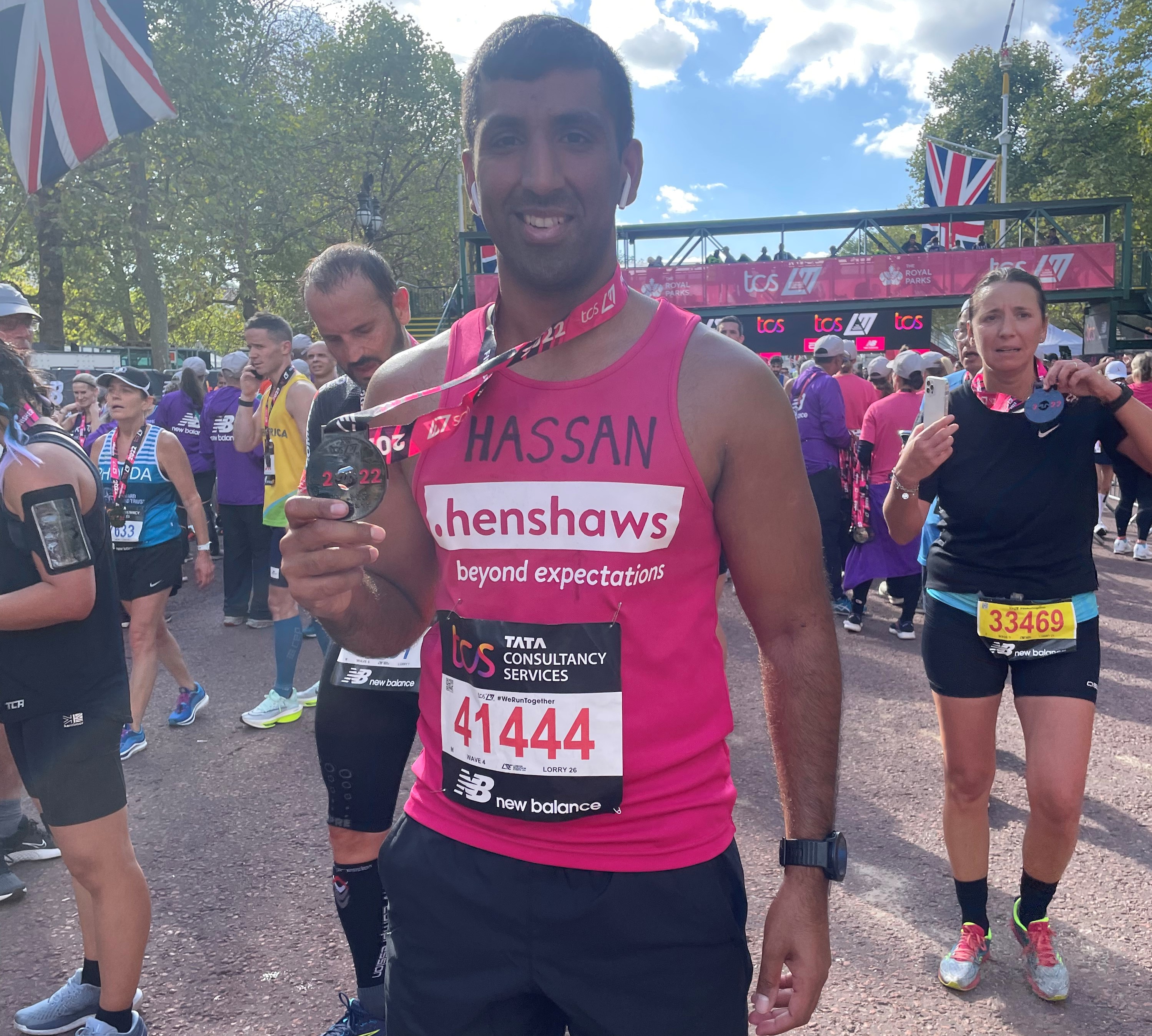 Hassan Abrar and Ant Devine took part in the event on Sunday which saw an estimated 42,000 people tackle the 26.2-mile (42km) course.

While Ant is raising money for the NSPCC, Hassan is supporting Henshaws, which is a northern charity supporting people living with sight loss and a range of other disabilities. He chose to support Henshaws because the charity has helped members of his family that suffer with sight loss.

“The atmosphere on Sunday was amazing - I have never experienced anything like it,” said Hassan. “Hundreds of thousands of people line the streets to support you, and this was definitely what got me through.”

Hassan completed the marathon in three hours, 59 minutes and nine seconds and said he was thrilled to be under his four-hour target.

Everyone was supportive,” he said. “From people shouting my name and encouraging me, to handing out chocolate and sweets, it all helped me beat my four-hour target. As always, the members on my watch supported my efforts by joining me on training runs. Also, a big thank you to the WYFRS athletics group for their support, advice and donations which really motivated me.”

Ant has spent the last 20 weeks training for the marathon and completed it in 4 hours 40 minutes and 15 seconds. “Thanks to everyone who has supported me – the donations from colleagues at WYFRS have really pushed me on with my training,” he said. “It was amazing to take part in the marathon and I’m thrilled to be over halfway towards my target of raising £2,200. I chose the NSPCC because in 2020 I adopted by three-year-old son with my husband Dean. He had a good start, because he was fostered from birth, but not every child is given that chance.”