Firefighters from West Yorkshire have teamed up with BBC’s DIY SOS for a Children in Need ‘mega build’ in Leeds.

The show, airing tonight at 9pm on BBC1, sees fire crews working with Nick Knowles and his team on a project to turn a derelict site into a £1 million home for the Getaway Girls - a charity that empowers young girls and women. 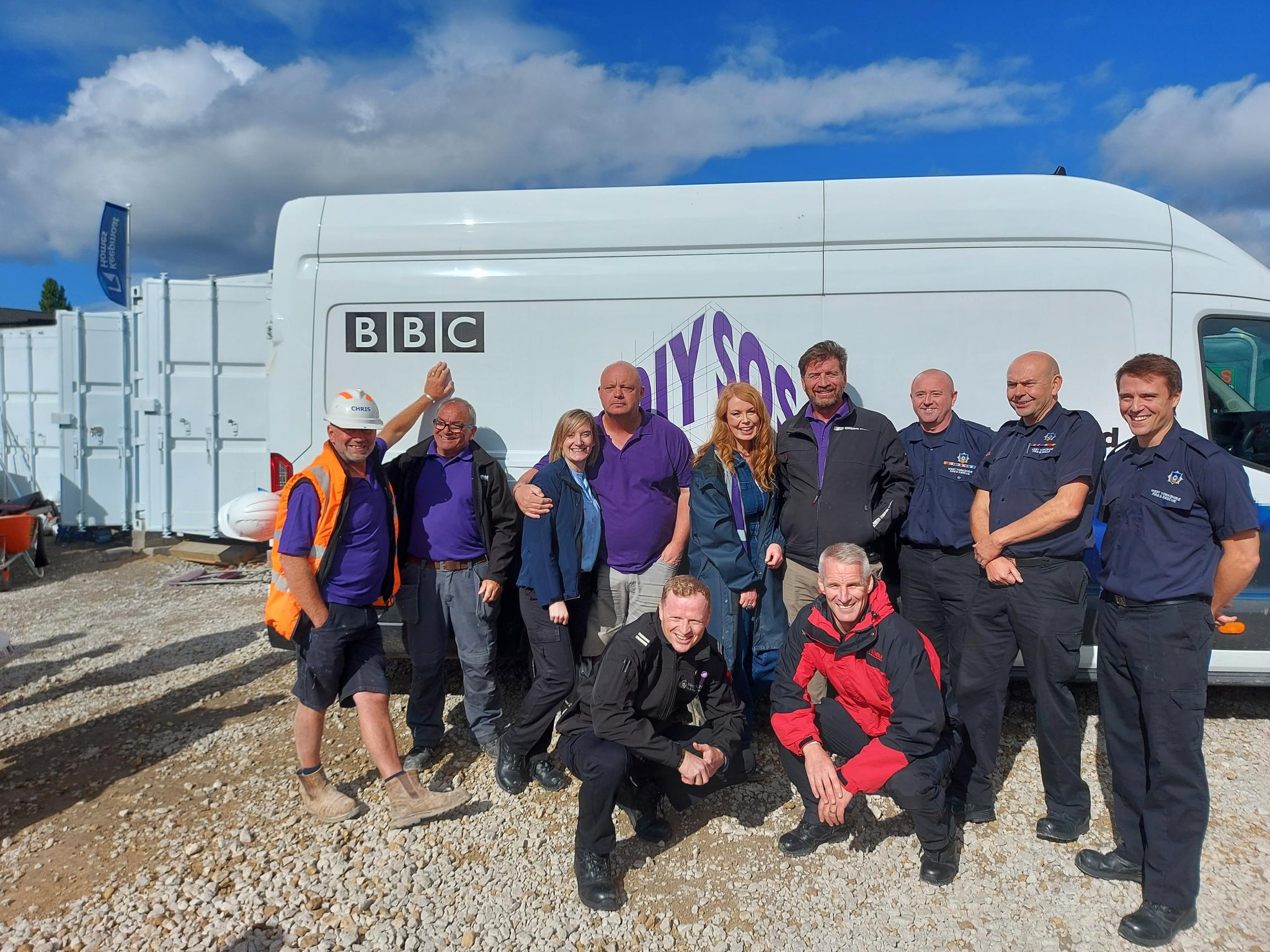 It was one of the show’s biggest projects and with the help of a huge team of volunteers they completed the build in just ten days. Amongst those volunteering were crews from West Yorkshire Fire and Rescue Service (WYFRS) who not only helped with the build but were also there from a fire protection and certification perspective.

Flavia Docherty, CEO at Getaway Girls, said: “A massive thank you to the firefighters for their hard work. They, and the other volunteers, have done an incredible job creating our new home. We are thrilled with the building and it means so much that we have got a dedicated space, which will allow us to continue focusing on supporting the girls and young women. Every single room we’ve seen feels special and I can’t wait to get the girls in and using it – it feels like it has been made perfectly to suit us.”

Getaway Girls is a Children in Need-funded charity and has been supporting young women across Leeds for 35 years. Tonight’s show will see singer-songwriter Emeli Sande coaching the Getaway Girls through their nerves as they prepare a song to perform in front of volunteers as a thank-you on reveal day. The new building in Seacroft provides a much-needed safe space with facilities including a music and media studio, counselling and activity rooms, a creche, offices and a garden.

Executive producer of the show Jo Bishop said: “Leeds has really come together to support this year's DIY SOS Big Build for BBC Children in Need. We’ve been amazed by the hundreds of volunteers that have turned out to help us.

“A big thank you to West Yorkshire Fire and Rescue Service, your arrival quite literally helped the build get off the ground in the first few days. Your teamwork and positive attitude helped us complete one of our most ambitious projects yet in under two weeks.

The result is a brand new home for the Getaway Girls charity, supporting the young women of Leeds.”
Group manager Toby May said it was incredible to be involved in the project. “Crews from Leeds supported the build and they loved it – I had nothing but positive feedback from those involved,” he said. “Not only did our firefighters help with the build, but they were also there from a fire protection and certification perspective and did a sterling job.

“As we have been involved with the project since the start, we were invited down for the ‘big reveal’, which was emotional for everyone involved. The new building will be a fantastic base for this charity, which has helped support and inspire so many girls and young women – they deserve to have somewhere special, and now they have it.”

This is the second BBC show WYFRS has featured in over last couple of weeks. Earlier this month crews from Fairweather Green fire station were featured on the small screen in the daytime screening of Critical Incident. They were filmed over the bonfire night period last year. To watch the episode, see here.

Firefighters in Leeds have been rolling up their sleeves to help BBC’s DIY SOS with one of their biggest challenges for Children in Need.