Ph-ewe! A close shave in Wakefield

Group of sheep denied their night on the tiles 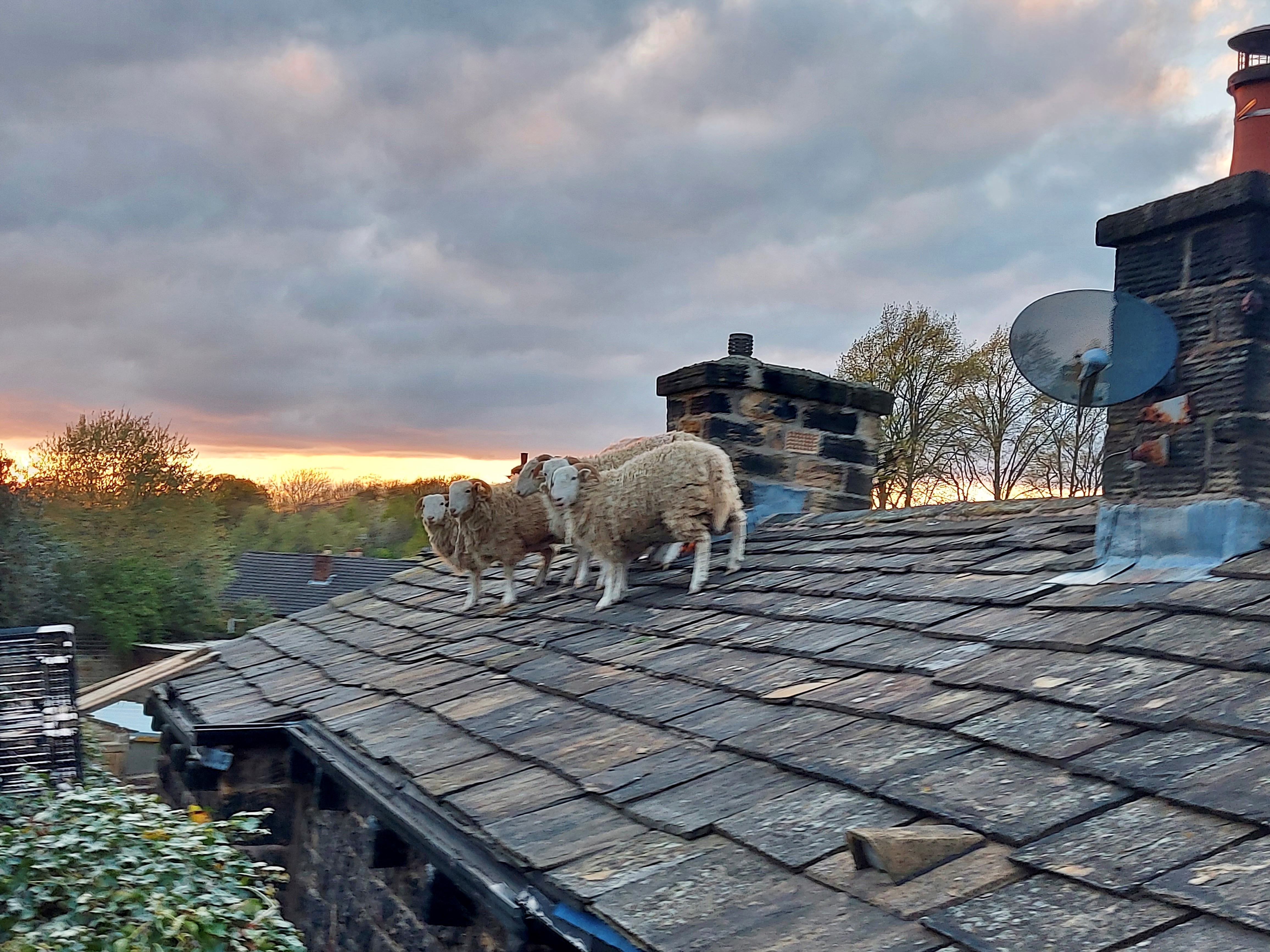 West Yorkshire Fire Service’s Technical Rescue Officer received an unusual call-out last week, after sheep grazing in a field behind a row of terraced cottages leapt over a 5ft gap and on to the tiled roof.

Arriving in Newmillerdam, near Wakefield – where the sheep had been stuck for several hours before the Fire Service was alerted – station commander Damian Cameron found one of the animals precariously close to a 25ft drop to the ground.

Then after one sheep made the leap, a number of them followed. Damian’s specialist animal husbandry training came in handy in coaxing the animals down, after building a makeshift bridge with a local landowner.

Damian said: “Some calls are stranger than others! It was a very unusual job. I have had some strange ones involving animals before, including a cow on a balcony, but I have never had sheep on a roof before. The priority was safety and I’m pleased to say after a couple of hours all the animals were brought back down to the field.”