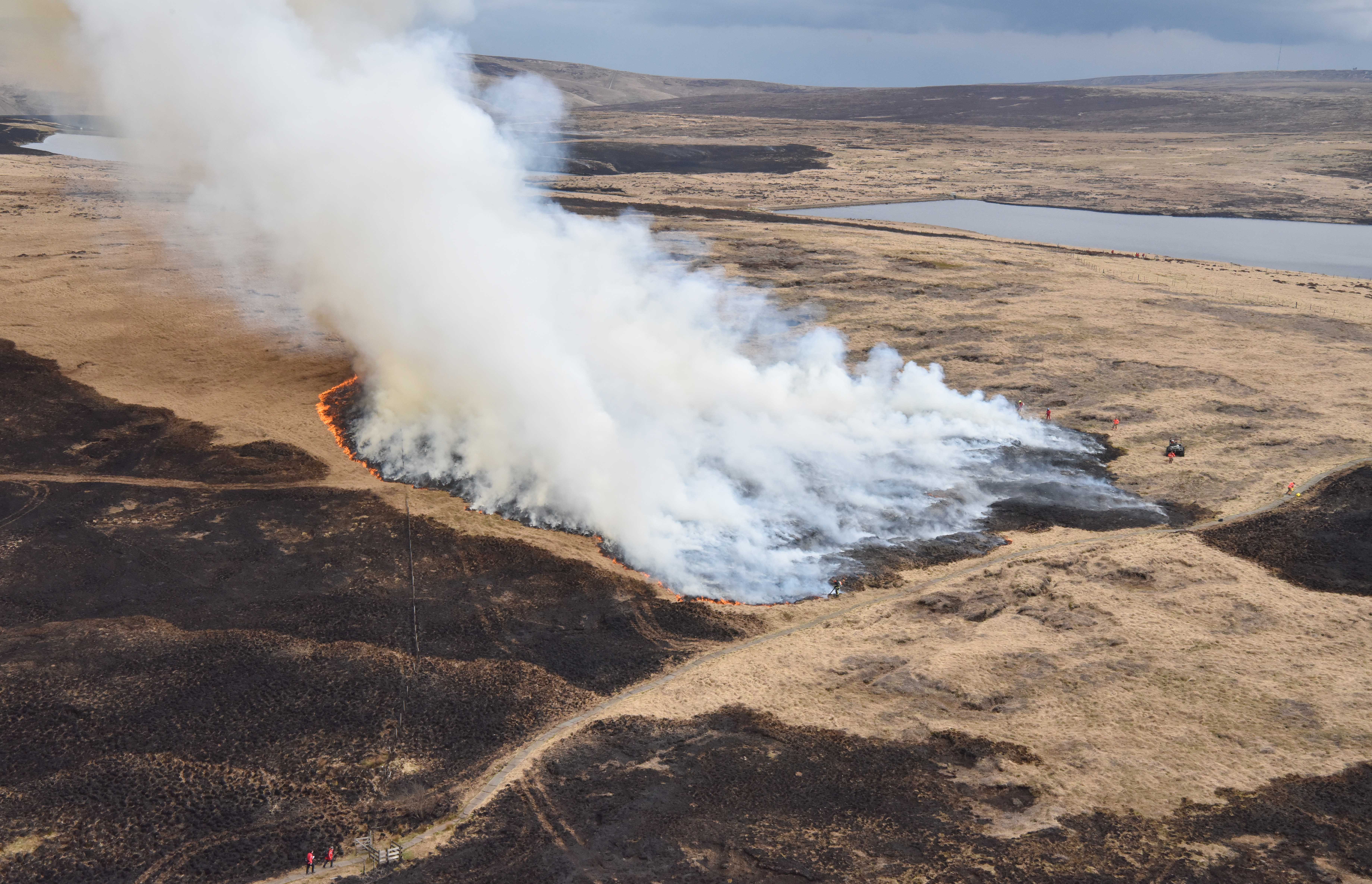 Fire crews and groups including the South Pennines Fire Operation Group are warning that lighting BBQs or any fires on moorland can incur a prison sentence as well as destroy precious countryside.

On Sunday 27 February, crews from Slaithwaite attended a BBQ lit by a group in a campervan next to moorland on Mount Road, Marsden, a BBQ on New Hey Road in Scammonden, and a third BBQ incident at Brun Clough car park.

As the weather improves, partners of the #BeMoorAware campaign are reminding people about the ban on flammable objects on moorland, almost one year on from a fire caused by a single firework on Marsden Moor. The incident took more than 100 firefighters three days to extinguish, cost more than £500,000, and resulted in a custodial sentence for the perpetrator.

West Yorkshire Fire and Rescue Service Wildfire Lead Officer Richard Hawley said “As the days get longer and we all get to enjoy some long-awaited sunshine, we want to stress the seriousness and importance of the public spaces protection orders (PSPOs) in place in rural districts across the region which include a ban on moorland fires, BBQs or fireworks.

“When our crews are called to these completely avoidable incidents, there is not only a high financial cost, but they are taken away from protecting our communities in other areas.

“Working with the National Trust and other partners, our #BeMoorAware campaign was launched last year to try and prevent dangerous fires in our beautiful countryside. If you see a fire or someone using a BBQ on moorland – call 999 and ask for FIRE.”

National Trust Area Ranger for Marsden Moor, Ian Dowson, said “It’s frustrating to see BBQs being used on the moors again this spring, especially after the fire last April caused so much damage to wildlife and precious peat habitat.

“Since that fire, we've planted around 70,000 moss plants to help the moors recover, and to reduce the chance of future fires.

"We’re really grateful to the crews from West Yorkshire Fire and Rescue for attending the incidents last weekend, and to the members of the public who called 999 to report it. BBQs, fires and fireworks are banned on Marsden Moor year-round.”

Find out more about the #BeMoorAware campaign.