Staff gathered together in respect of colleagues around the world 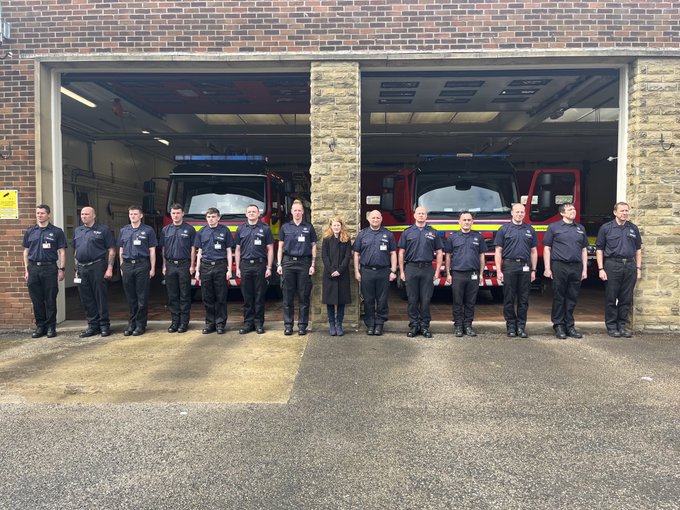 Staff at West Yorkshire Fire and Rescue Service joined fire services around the country and the world yesterday as they gathered to observe International Firefighters Day.

A minute’s silence was held at midday as fire service colleagues stood together in recognition of the commitment made by firefighters to keep their communities and local environments as safe as possible.

Deputy Chief Firefighter Dave Walton said, “International Firefighters Memorial Day is a day to reflect on the role of firefighters, and to honour and remember those who have made the ultimate sacrifice in the line of duty. Firefighters, bomberos, pompiers, strażacy, firefighters...no matter what language we speak, we all fight fire together. This year I think particularly of colleagues in Ukraine, and those who serve in war-torn areas worldwide.”