The 28-year-old has recieved a custodial sentence. 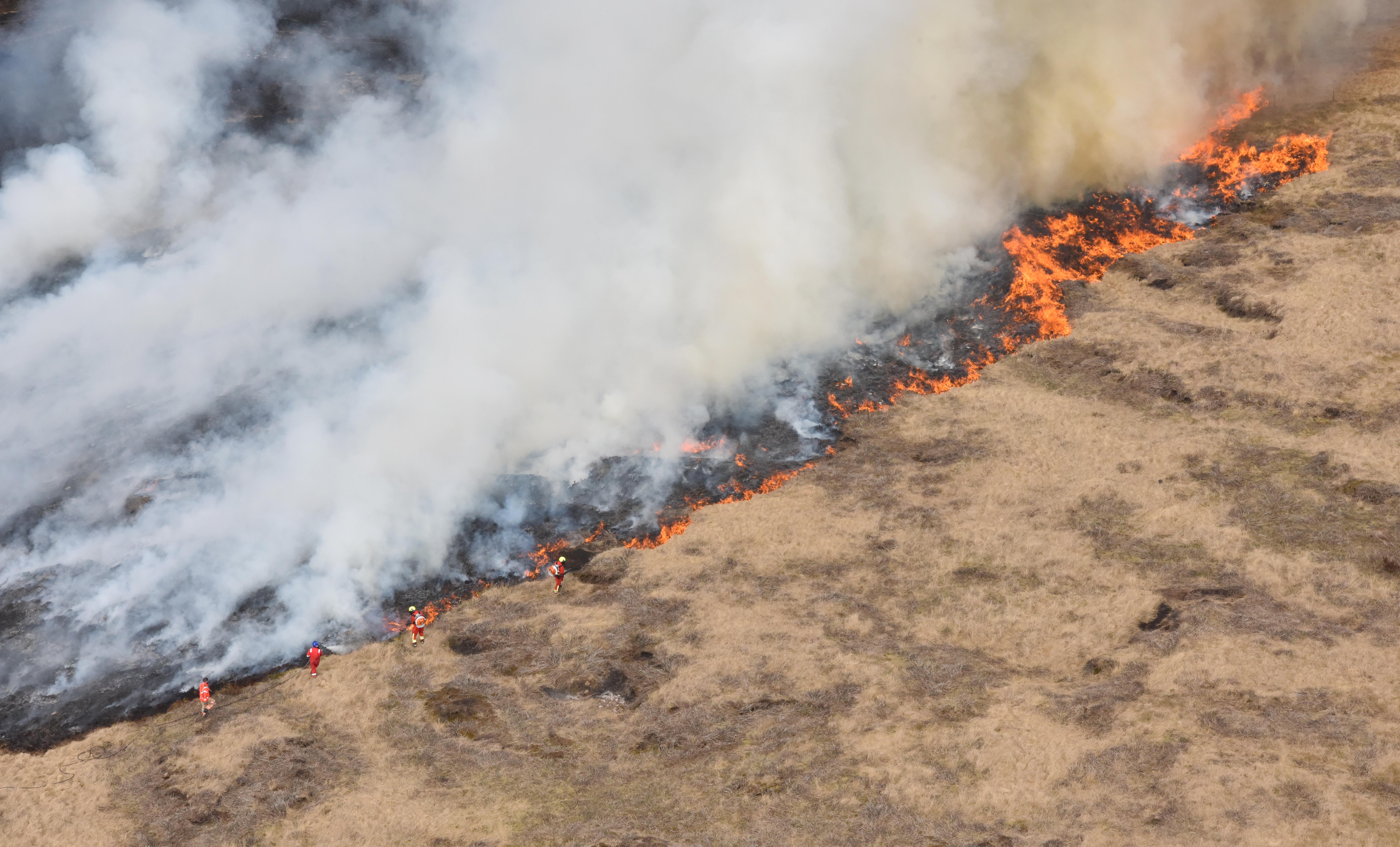 West Yorkshire Fire and Rescue Service (WYFRS) is reminding the public not to bring flammable objects onto moorland, following the sentencing today of a 28-year-old man.

Viktor Riedly received a custodial term of one year in prison after a fire on Marsden Moor, that was so large, over 100 firefighters were needed to tackle it. Landowners, gamekeepers, the National Trust, the Local Authority and local community groups also worked at the scene.

Riedly headed up to the moor on the evening of Sunday 25th April 2021. Once there he lit a firework which went off and caused the blaze. Leeds Crown Court heard how he tried to extinguish the fire but it soon spread out of control.

The fire was declared a major incident with crews coming from across West Yorkshire to bring it under control. WYFRS declared the incident over three days later, on the morning of Wednesday 28April.

Speaking following the verdict, West Yorkshire Fire and Rescue Service Area Manager Scott Donegan said “We as a service very much welcome the sentence handed out today and hope it reminds others not to start fires on our moorland. This fire caused huge damage to the environment on the moor and required a large response from WYFRS.

“Fires like these are the reason we have Public Space Protection Orders banning flammable items like fireworks, barbeques and fires on moorland – they can have a devastating impact on the brilliant spaces we are lucky enough to have in West Yorkshire.”

The fire caused widespread damage to Marsden Moor, which is a site of special scientific interest (SSSI) It destroyed precious peatland habitat and harmed wildlife including ground nesting birds. There was also a high financial price with £500,000 in costs to the emergency services and damage caused.

Recovery work following the fire has already begun, with 65,000 sphagnum moss plugs planted across Marsden Moor over autumn and winter. The moss helps to re-wet the moorland, reducing the risk of future fires. It also helps to restore peat and capture carbon. Most of the planting has been done by volunteers, including local school children and firefighters from Meltham and Slaithwaite Fire Station.

The ban on BBQs and fires on Marsden Moor runs all year round and is part of a public spaces protection order (PSPO).If you see a fire or someone using a BBQ on moorland, please dial 999 and ask for the fire service.