More than 400 firefighters from across the UK and Ukraine competed in a series of challenges this weekend to test their rescue skills. 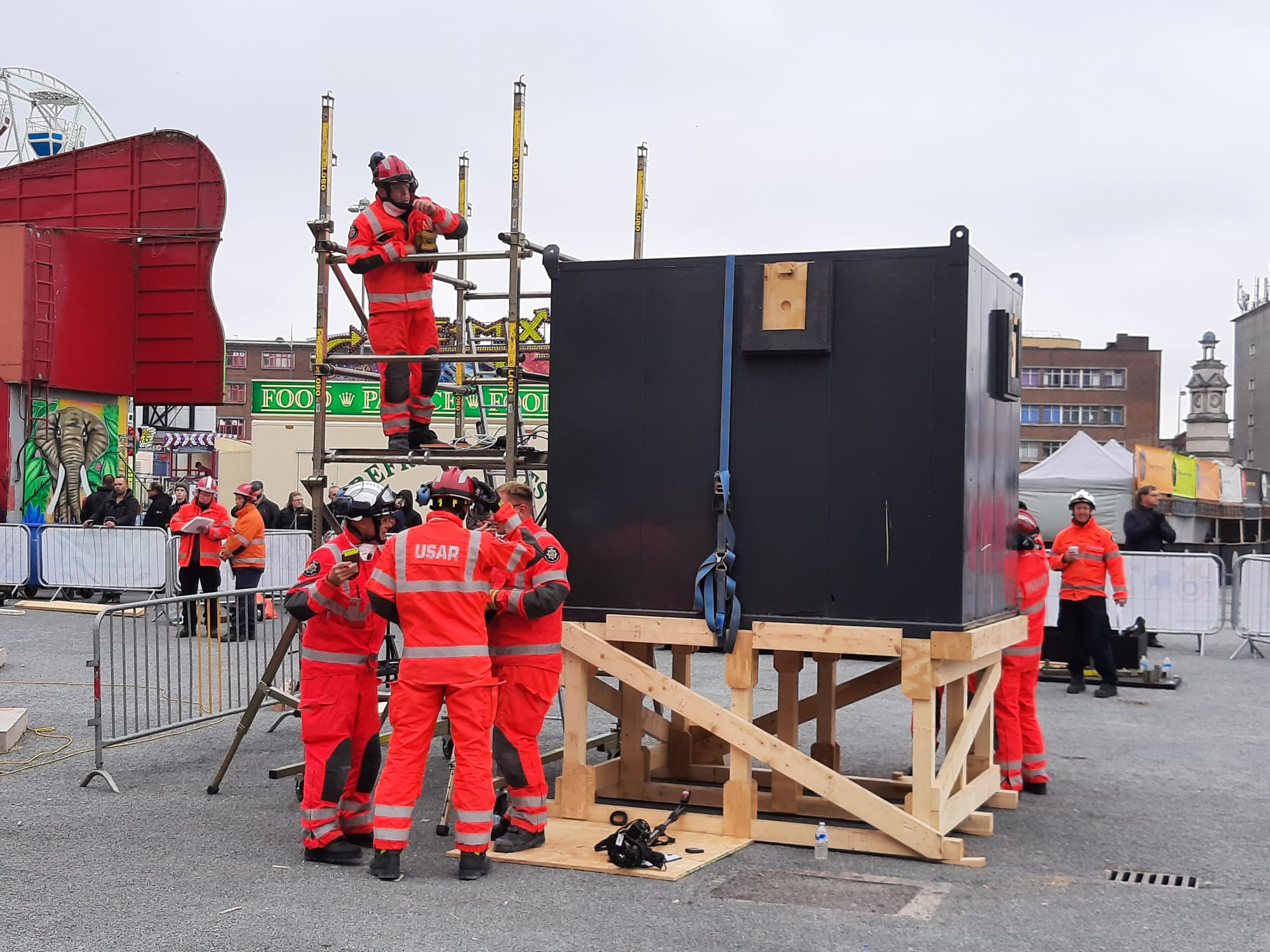 Among the assessors of the two-day Festival of Rescue was station manager Damian Cameron from West Yorkshire Fire and Rescue Service (WYFRS) who has taken part in the event numerous times over the last 20 years.

Damian assessed the urban search and rescue part of the festival, which took place in Birmingham. The annual event sees teams performing various rescues ranging from cutting people from crashed cars to water-based challenges – all while being watched by hundreds of spectators.

Damian said the two-day event allowed the public to see all aspects of the fire and rescue service – including those that are less well known.

“It was amazing to see so many firefighters taking part and learning something new,” he said. “Everyone I spoke to said they had improved their skills over the two days – but it also gave fire crews the opportunity to share key safety and prevention messages with the public.

“I was in the first team that WYFRS entered in 1999, and even though we didn’t have a team taking part this year I was thrilled to be there as an assessor. It is such a practical competition with some difficult scenarios, and crews are given 20 minutes to deal with each RTC challenge and 2 hours to deal with each of the urban search and rescue (USAR) challenges.”

The festival had five challenge areas - trauma care, rope rescue, urban search and rescue, vehicle extrication and water rescue. The team of firefighters from Ukraine arrived in the country earlier in the week as part of an international development programme.

Damian added: “The event is also a celebration, with trophies being awarded to the winning crews. The event takes place in a different location each year and the West Midlands has passed the baton over to Lincolnshire for 2023, when we hope to enter a team into many of the disciplines again.”

The latest group of new recruits have celebrated passing their training with a special, albeit slightly different, graduation ceremony.