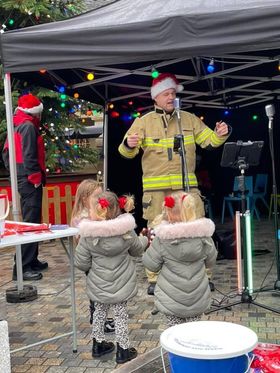 A total of £260 was raised in just two hours outside the Halifax Peace Hall.

The team were on hand to offer important Safe and Well advice while fundraising.

“This was a station event and we wanted to have some fun in the two hours we had available at the Peace Hall, while collecting money for a great local charity which directly helps homeless people. A big thank you to everyone who was involved and the generous people who donated,” said Jonny.