'Family' of four firefighters to say goodbye to Castleford station

Four firefighters will retire this year, leaving behind a total of 98 years’ combined service 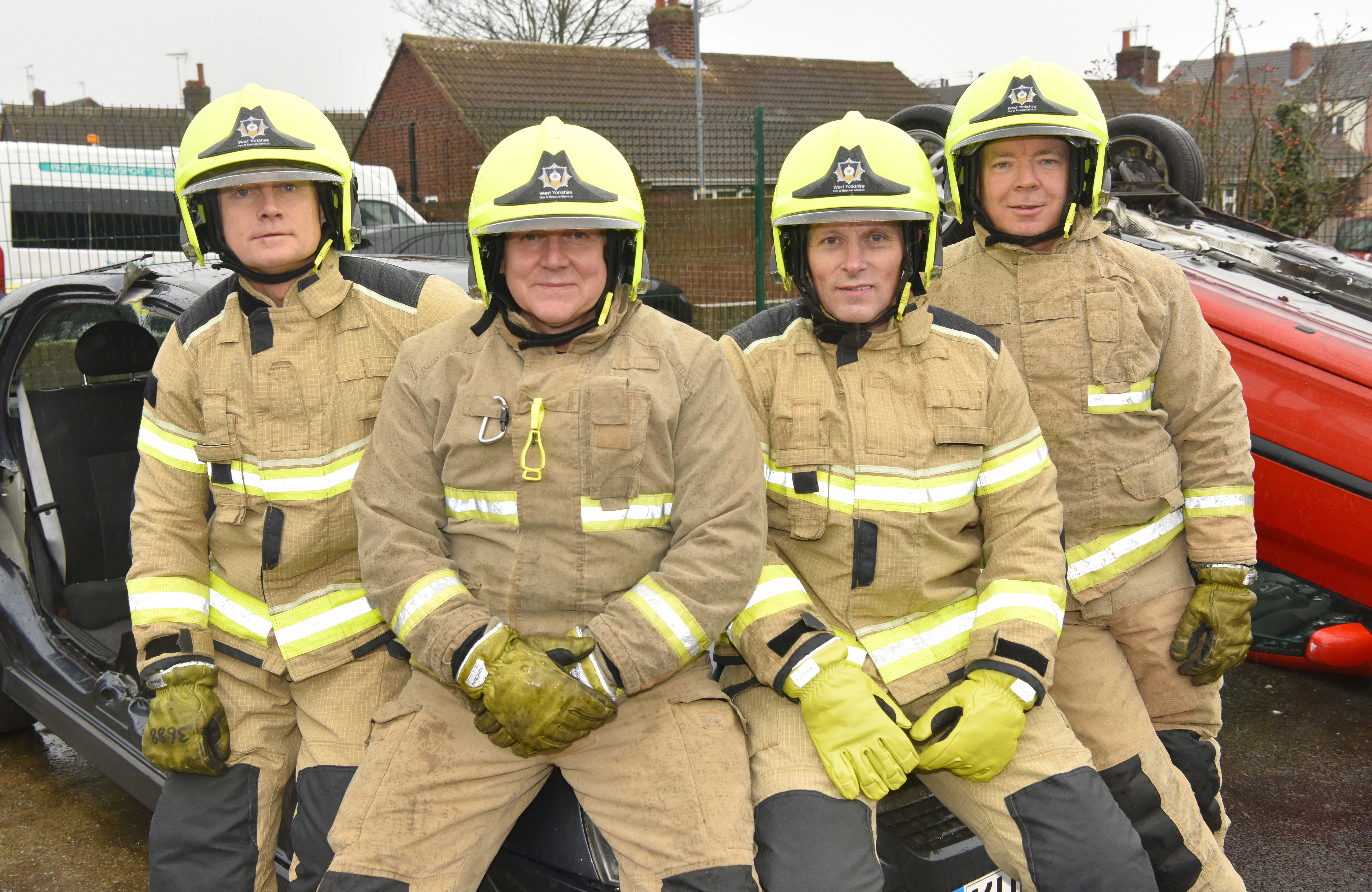 Four firefighters from Castleford fire station will retire this year, leaving behind a total of 98 years’ combined service.

All four of the West Yorkshire Fire and Rescue Service Castleford White Watch team say they will miss the comradery of their firefighting ‘family.’

After working at Royal Mail, Gavin Hampson moved to Leeds from Norwich to join West Yorkshire Fire and Rescue Service in 2000. He retired in March after 22 years. Gavin, 55, said “When you’re together on station for 96 hours in a shift, you really do become a family and form a strong bond, which lends strength in a professional sense when you are called out to an incident. We have developed close relationships and I will miss that. I would highly recommend firefighting as a career to anyone who is interested in a rewarding job which offers challenges but an incredible sense of fulfilment and a diverse range of experiences.”

Stuart Minnikin, the longest serving of the four, joined West Yorkshire Fire and Rescue at Keighley Fire Station in April 1994 and then Castleford, following a career in civil engineering. He will retire in July after 28 years. Stuart, also 55, from Barnoldswick near Skipton said “It’s an exciting job with no two days the same. I’m looking forward to traveling, fishing and walking in the Lake District but will really miss my firefighting comrades. It’s a job in which you can really give something back to society, helping to keep people and communities safe.”

Neil Barlow from Otley has served at West Yorkshire Fire and Rescue for 26 years after working in the military. He joined Castleford White Watch after more than two decades with Leeds Red Watch and will retire in October. He said “The job is exciting and different every day. I have loved my time with the service and plan to just enjoy my retirement but will miss the people I work with.”

Andy Hepworth, from Castleford, will leave after 21 years of service. After starting work as a gamekeeper, Andy moved into working with solid fuel boilers before beginning a career with the fire service. The majority of his career has been spent at Hunslet White Watch before moving to Castleford for his final few years. “Working locally and knowing and supporting my area has been very rewarding and I have loved the variety of my job,” he said.

Lee Miller, Wakefield District Commander at West Yorkshire Fire and Rescue Service said “I would really like to pass on my congratulations and appreciation for the dedicated service shown by the four firefighters – Gavin, Stuart, Neil and Andy.

“The professionalism and bravery shown by all of them over the years at a wide variety of operational incidents has been exemplary. They have played a key role in delivering our service priorities not just in responding to incidents but in our prevention and protection work, educating and making our communities safer. Losing nearly 100 years’ experience is a loss to Castleford and the district but we’ll ensure that their valuable knowledge is passed on to our newer firefighters. I hope they all have a safe, healthy and happy retirement with family and friends and thank them for their service in making Castleford and West Yorkshire a safer place to live.”

Around 13 staff at Castleford fire station, including eight firefighters, a watch commander and four crew commanders work together to deliver a range of prevention, protection and response activities.

The station serves a local population of 40,000 and more than 16,000 homes as well as a diverse community which includes shopping centres, sports complexes, motorways and a major railway network.

Castleford teams are also called out to district-wide and even national emergencies.

To enquire about careers at West Yorkshire Fire and Rescue Service visit westyorksfire.gov.uk/careers.